The Sandy Smith Auction Company is a family owned and operated business in Puxico, Missouri. Our auctioneers, Sandy and Shaun, hold licenses in Missouri and Arkansas. Since 1996 we have liquidated more than 1,500 stores and have held over 2,500 auctions. 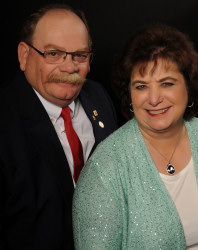 Sanford (Sandy) Smith is a member of the NAA, MPAA, AAA, a life member of the Who’s Who National Registry, a graduate of the Fort Smith Auction School, 2008 President of the MPAA, has served as a MPAA Director, and was the 2014 MPAA Hall of Fame Recipient. He and his wife, Delitha, started the Sandy Smith Auction Company in 1996. They have one son, Shaun, who also works for the company. Sandy and Delitha are both active members in the community. 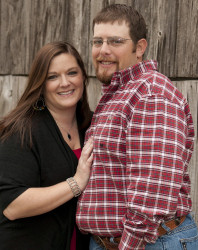 Shaun Smith is a 2002 graduate of World Wide College of Auctioneering, Mason City, Iowa. Like his father, Shaun is also a member of the MPAA and other Auctioneer associations. He is our lead ringman but he can also be found auctioneering. Shaun and his wife, Kim, have five daughters.